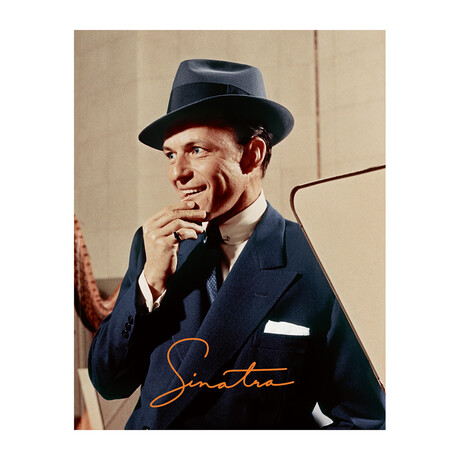 "May you all live to be 100 years old, and may the last voice you hear be mine." -Frank Sinatra

"His camera was a constant companion from his early teens. My daughter, his granddaughter, unearthed these gems and they are seen here for the first time." -Nancy Sinatra

2015 marked 100 years since the birth of Frank Sinatra. The year was full of events to commemorate the life and music of one of the twentieth century's biggest stars, including exhibitions, concerts and variety of album releases.

A very special event was the publication of SINATRA, a luxurious book curated by Frank Sinatra's granddaughter, Amanda Erlinger. Amanda has compiled a wealth of rare and unseen images from the family archives for inclusion in the book along with an incredible array of stars to contribute words and imagery. Undoubtedly, SINATRA forms a wonderful, personal memory of Frank Sinatra.

SINATRA includes photos from the Capitol Records and Warner Bros. Records archives, unpublished family photos of the Sinatra family and, most excitingly, many photos taken by Frank Sinatra himself, including several self-portraits. This edition is limited to 1000 copies and published in association with Iconic Images and Frank Sinatra Enterprises.