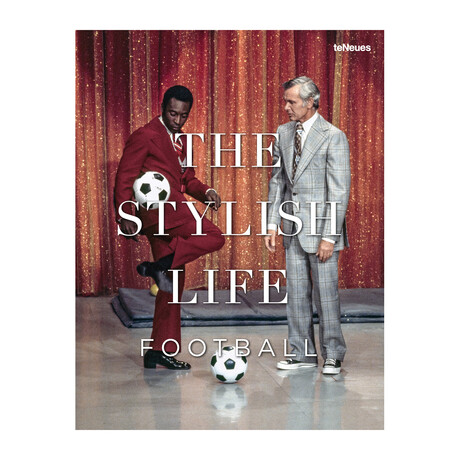 What do the Gallagher brothers of Oasis, Franz Beckenbauer, Albert Camus, Diego Maradona, Elton John, and David Beckham all have in common? They all cross the borders from football to pop culture. They are football-obsessed pop musicians, singing footballers, Nobel Prize in Literature winners who play football, footballers who write books, pop stars who buy football clubs, or footballers who become pop stars (and want to buy a football club). They breathe life into the phrase "football" culture" while simultaneously ensuring that football garners even greater mass appeal.

Football is much more than "11 people, 1 goal." It's a beloved big-screen theme—just think of Stephen Frears' The Van or Victory with Michael Caine, Sylvester Stallone, and Pelé. It is the subject of hundreds of books and immortalized in hundreds of songs, so it's only logical to devote a volume from The Stylish Life series to football. The Stylish Life: Football celebrates to the fashion whims of the footballers on and off the pitch, the Cristiano Ronaldo-ization of football, rock-n-roll, and the glamorous life.