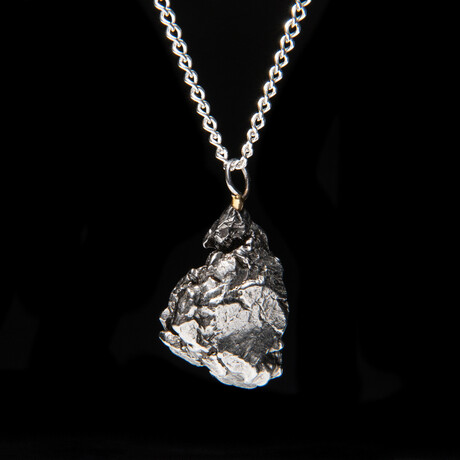 Campo del Cielo refers to a group of iron meteorites found on the border between the provinces of Chaco and Santiago del Estero, about 1,000 kilometers (620 mi) northwest of Buenos Aires, Argentina. Scientists believe that the Campo del Cielo mass probably originated within the Asteroid Belt located between Mars and Jupiter, and probably formed around the same time as Earth some 4.5 billion years ago. The craters' age is estimated as 4,000–5,000 years. The total weight of the pieces so far recovered exceeds 100 tonnes, making the meteorite the heaviest one ever recovered on Earth.

This impressive specimen has a subtle metallic sheen along with the natural textured surface these meteorites are known for.

Please Note: Stock photo shown. Actual object may vary slightly in exact color, shape, and appearance but will be similar to the item in the photo.