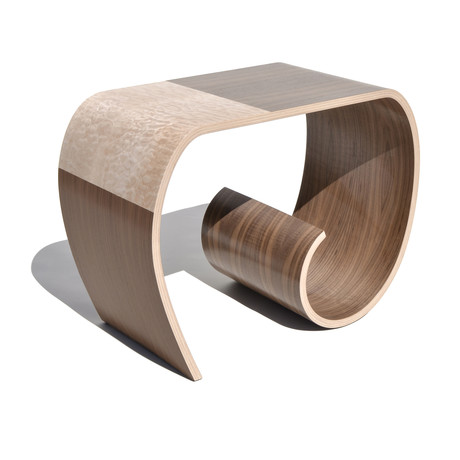 By Kino Guerin
Sold Out
Login for Price

Like an apple with a bite taken away, the Apple Table is a crisp and refreshing design that is open to enjoyment. This beautifully and uniquely crafted piece is expertly balanced by designer Kino Guerin in a way that lets the open air flow through its stunning design to elevate any home decor.

In 1998, Kino Guérin won the emerging artist award at the Montreal Craft Show. In 1999, he received the Prix François Houdé awarded by the city of Montréal to highlight the talent of young creative artists. In 2005, the coherence and contemporary quality of his work was honored with the best booth design award at the Montreal Craft Show. He was a 2007 NICHE Awards finalist in the USA. In 2010 he the received “Coup de Coeur” prize at Montreal Design Show. Over the years, Kino Guérin has received several grants from the Quebec Arts Council and the Canada Arts Council. His work is as universally appreciated as is possible, with beautiful designs that defy explanation.