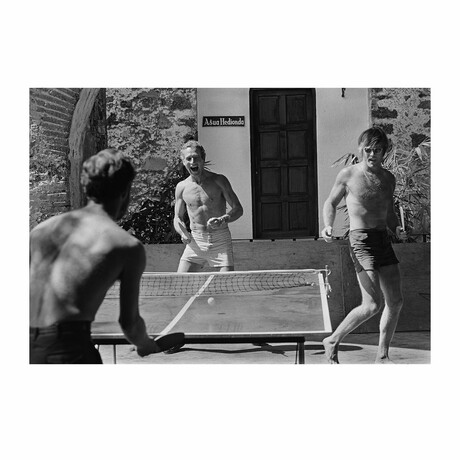 Lawrence Schiller is a well-known photojournalist who began his career working for Life Magazine, Time, and the Paris Match. He's photographed some of the most iconic figures of the 1960s, including Marilyn Monroe, Barbra Streisand, Paul Newman, and Robert Redford. Schiller has also worked on multiple book projects including the Pulitzer Prize-winning The Executioner's Song by Normal Mailer, and has directed or produced roughly 20 motion pictures for television.

This iconic photograph of Paul Newman and Robert Redford was taken by Schiller on the set of Butch Cassidy and the Sundance Kid in Mexico in 1968. With only a select amount of sets made in each size, this museum-quality print is hand signed and numbered by Schiller himself. It's a remarkable piece for any movie buff or art collector.