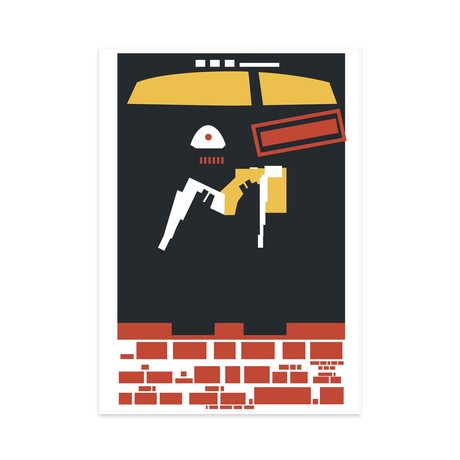 "In the final decade of the 21st century, men and women in rocket ships landed on the moon. By 2200 AD they had reached the other planets of our solar system. Almost at once there followed the discovery of hyperdrive through which the speed of light was first attained and later greatly surpassed. And so at last mankind began the conquest and colonization of deep space."

Mysterious designer John Taylor's Film the Blanks print series is based on famous film posters with the information deconstructed to minimal blocks of colors, leaving a surprisingly recognizable set of striking and iconic images. For the film buff, design nerd, or lover of puzzles, this print is a perfect conversation starter.