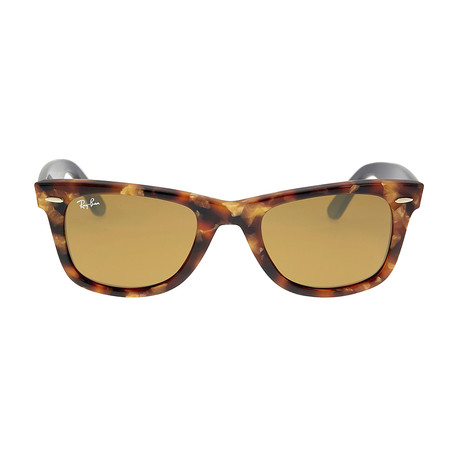 Founded in 1937, Ray-Ban® has long been a famously recognizable name in designer sunglasses and eyeglasses. It all began in 1929, when US Army Air Corps Colonel John Macready partnered with New York-based medical equipment manufacturer Bausch & Lomb to create sunglasses for pilots. The goal was to reduce the distraction pilots experienced from the intense light and colors of the sky, and eliminate fogging at high altitudes, which was a problem with traditional aviation goggles.

The first version of these glasses, created in 1936, had plastic frames and green Kalichrome lenses that could block glare, and filter out mist or haze without obscuring vision. After being tested by pilots, the plastic frame was switched for a lightweight metal one, and the lenses were switched for much more impact-resistant ones. The following year, the glasses were patented and released publicly as the original Ray-Ban "Aviator".

Today, the "Aviator" model remains Ray-Ban's most popular style, followed closely by the classic "Wayfarer", released in 1956, and the "Olympian", which gained favor after Peter Fonda wore them in Easy Rider.

Are the glasses 100% original?

Yes, we only sell 100% authentic merchandise from trusted suppliers. All in original packaging from the manufacturer.