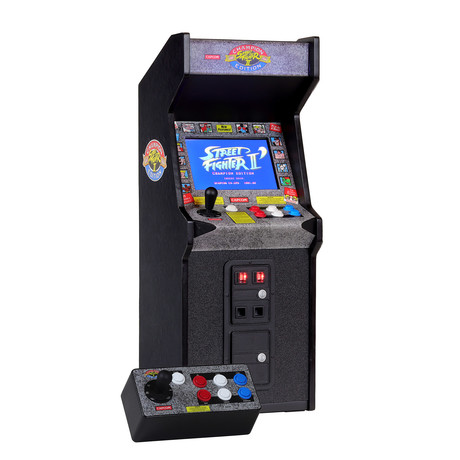 Recreate that classic video arcade ambiance at home with this fully-playable 12” Street Fighter II: Champion’s Edition X RepliCade arcade cabinet from New Wave Toys! This premium 1:6 scale replica arcade machine looks, plays, and controls just like the original Street Fighter II: Champion’s Edition, but at a fraction of the cost and size of the original!

It's designed in perfect one-sixth PlayScale to match your collectible figures, and fit perfectly on your bookshelf, bar, or desk. The custom-made controllers blend modern technology with classic control schemes to recreate arcade-accurate functionality for a truly satisfying gameplay experience in a collectible size.