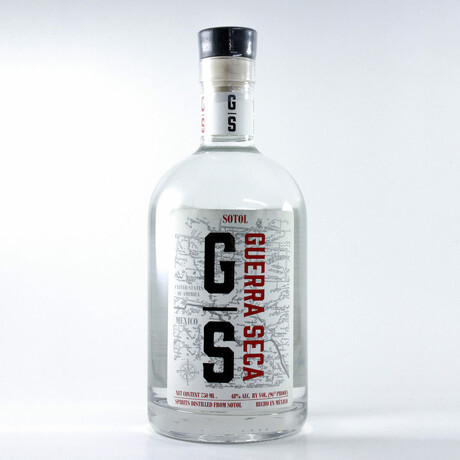 Sotol is a fermented beverage that's been produced by Raramuris (Chihuahua's Natives) since 205 AD. The beverage was not only enjoyed as an intoxicant, but it was commonly used as a tonic and anesthetic. But when Pancho Villa— one of Mexico's most notable revolutionaries— arrived, he prohibited the production of alcohol in Chihuahua with the death penalty. This forced sotol producers to distill the spirit in secret.

Around the same time, the Volstead Act was passed in the US banning the production, importation, transportation, and sale of alcoholic beverages. This led to the smuggling of whiskey and sotol from Mexico to supply American speakeasies. Once the US prohibition ended in 1933, the need for Mexican whiskey and sotol declined. Instead of minimizing whiskey production to reduce domestic liquor supply, the Mexican government started a campaign to reduce the production and sale of sotol. This was another blow to the sotol industry, forcing the spirit to remain illegal in Mexico until 2002.

Today, the 2021 Sotol Guerra Seca is a complete expression of the ancestral process. Mature sotol leaves are carefully selected, harvested with an ax, cooked underground, then distilled in a copper alembic. From harvesting to labeling, the entire process is done by hand by skilled Sotoleros.

Taste
It starts off dusty and smoky, then followed by cinnamon, woody, and tobacco notes. The finish is fresh and floral with mint notes.

Touch of Modern now offers shipping in time for the holidays for a select set of products. Items with holiday delivery available will be marked with a

Guaranteed Holiday Delivery is only available in the Continental United States and Canada. Holiday delivery fees are incurred in addition to standard shipping. Rates are based upon the date the order is placed and the shipping destination. Holiday Delivery costs are calculated as follows:

For orders shipped to the Continental US:

For orders shipped to Canada: