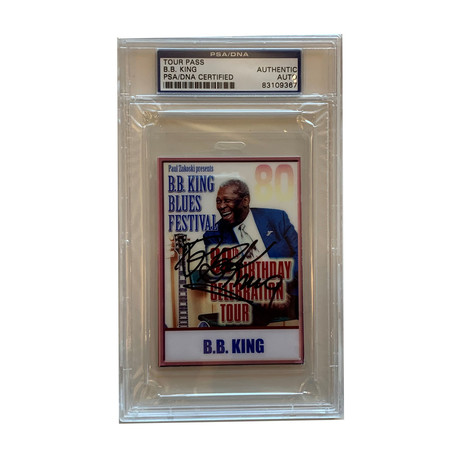 An original backstage pass issued to B.B. King himself for his 80th Birthday Tour from 2005-2006, nicely autographed in black marker by B.B. King.

This is one of a few of the backstage passes that The Autograph Source was fortunate enough to get directly from BB King's longtime tour promoter. They issued BB a pass for each of his shows, but BB didn't need to wear the laminates in order to get backstage. Towards the end of the tour BB signed them all.

The laminated pass is in near-new condition, and has been authenticated and encapsulated in plastic (slabbed) by independent third-party authenticator PSA/DNA.