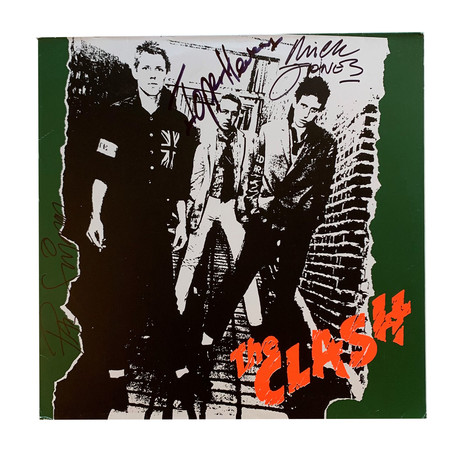 This The Clash debut studio album is signed in black and blue marker by Mick Jones, Topper Headon, and Paul Simonon. This album was signed at an extremely rare, paid private signing. It is in very fine condition with very minimal edge wear to corners. There is contrast to Simonon's autograph.

The Clash was released on 8 April 1977 through CBS Records. Written and recorded over three weeks in February of 1977 for a paltry £4,000, it would go one to reach #12 on the UK charts, and has been included on many retrospective rankings as one of the greatest punk albums of all time.

The vinyl record is included.