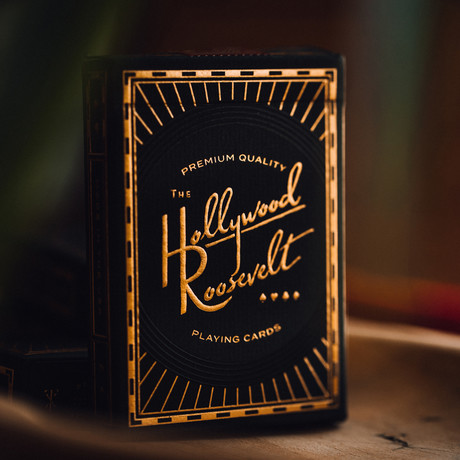 There's no Hollywood history without The Hollywood Roosevelt. The Hollywood Roosevelt is a historic landmark and legendary hotel dating back to 1927. In its early years, the hotel played host to countless icons: Marilyn Monroe, Charlie Chaplin, and Clark Gable. It's served as inspiration for filmmakers and creatives who set their movies within this storybook backdrop.

Hollywood Roosevelt Playing Cards were produced in collaboration with The Hollywood Roosevelt Hotel in Los Angeles, California. The vision was to create a deck of cards that would honor its style and history, and celebrate a new modern era. The result is an exquisite blend of elegance and class.