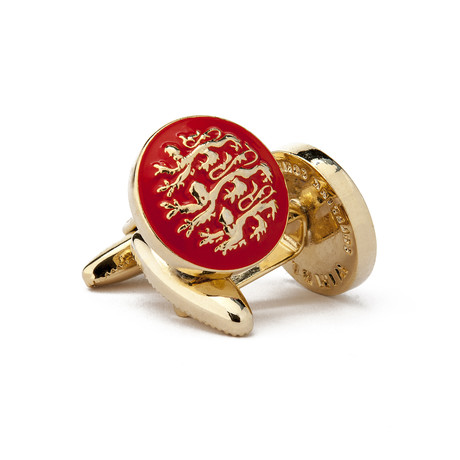 These cufflinks feature England’s abiding Royal Arms, in glorious gold, on both the battlefield and the football pitch

For many followers of English history and sport this may be the most potent, and sometimes poignant, icon of all. The Plantagenets were the first family to adopt the three lions as a coat of arms in the late 12th century. This then became the royal symbol of a succession of monarchs, including Richard The Lionheart, Henry V and Queen Elizabeth I. The strongest modern association of The Three Lions is with the England national football team, where the emblem has come to symbolize courage, victory and grace under pressure.