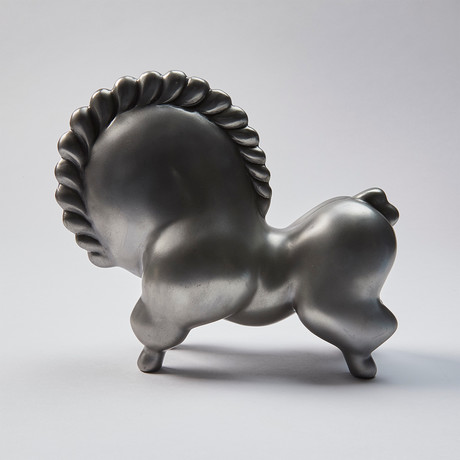 Frank Lloyd Wright (1867-1959) was an American architect, interior designer, writer, and educator, who designed more than 1,000 structures, from houses, to offices, churches, schools, skyscrapers, hotels, and museums. Wright believed in designing structures that were in harmony with humanity and its environment, a philosophy he called "organic architecture".

This figure is a reproduction of a real sculpture by Wright called "Libbiloo" - a clever take on a circus horse. It was named for his sister Elizabeth, who was affectionately known was “Libbs” or “Libbylou”.